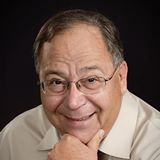 He was born on January 8, 1952, the day Elvis Presley turned 17. He passed away on December 14, 2015. We know these things because Bob’s birth and death certificates say so. And because family members were there to witness both events.

Humor. Bob would have appreciated these tidbits of information being highlighted at his funeral. If we could hear him right now, he would be ready to follow with at least three corny jokes – in his head. But only one he would have gotten out.

You see, BEFORE Bob told a single word of a joke he would start laughing. By the time he was 15 seconds into the joke, he would be wheezing at his own humor, as red in the face like an apple.

His jokes were best when he had a table or a knee to slap as he attempted to tell it. He added rhythm to his jokes in a sense.

I don’t remember a single joke out of the thousands in his repertoire. But I remember everybody in the room wheezing by the time he got through one. We know this because we all heard him and laughed with him.

You never had to guess what was in Bob’s head. That’s because he was unfiltered. Whatever he was thinking was seconds away from rolling out of his mouth. Bob was usually not politically correct. But that was part of his charm.

If you weren’t laughing with him, you sat there – (sometimes in fear, sometimes in awe) – of what he was about to say. We knew this about Bob by being in his presence.

Goodness. There are many words to describe Bob, and perhaps I gave you a glimpse, but I’m sure those of you who knew him have a pocketful of endearments for Bob. The one that dominates my thoughts right now was his GOODNESS. You can precede the entire vast inventory of Bob’s traits with “He was a good ______________.” Person, Son, Brother, Husband, Dad, Granddad, Uncle, Co-Worker … the list is endless.

But all can be wrapped in genuine, golden GOODNESS. To the core. Without reservation. He was the real deal. We knew that by being blessed by Bob.

Bob was the hardest working person I’ve ever known. Our Dad passed down the trait to us. Thank God for Blue Collar upbringings. Bob worked for me several years, most of the 1980s.

All I had to do is point to the work and step out of his way. Quickly. He picked up a set of skills largely on his own and by cook-booking my work. And then he turned it into something better, adding his own brand.

When he was a young teenager, I once visited him at a hamburger stand where he was working. He could talk, laugh and flip hamburgers with his hands moving faster than I could keep up with. The scene remains a Kodak moment in my mind.

He was a fantastic utility rate analyst and consultant. But the fact is – he loved work for the great value that comes with fulfilling, hard work of any type. Many of us knew that by bearing witness to his productivity.

Bob was a Christian. And more than in name, he had a true relationship with Christ. Knowing this eases the pain. It’s a huge factor in our acceptance of losing him!

You didn’t have to guess about Bob’s faith. He felt it. He showed it. He shared it.
It would be impossible for me to count the number of times he told me that he was praying for Linda and me. We felt Bob’s love.

There are wonderful analogies that help understand or at least accept the mysteries of death and beyond. For example, the Chaplain in the hospital said we walked Bob to the bridge, and then Jesus and the Angels walked him to the other side. I buy that.

Others I like (and now am stealing) include about Bob being in a quiet boat on a calm lake slowly drifting to the other side to be received into his heavenly home. I’ll take that one, too.

But the fascination I have is with the actual moment of his entry into Heaven. I wish Bob could tell me about it right now.

Was it like the peripheral views of the camera in the opening scene of Gone with the Wind going from the outside and swooping through the huge doors of the mansion and into the room full of music and dance?

Were there 10,000 Angels singing at that moment and even now? Oh, how wonderful! Did the sounds wash over you, Bob?

What is it like to be in the presence of Jesus, to hear His voice, to touch His hand? What does the Voice of God sound like to the ear?

Was there a warmth, an indescribable embrace? Did you fall on your knees in awe? After all these years of grasping and savoring the reality of a Savior, Bob, what did the Lord’s arms feel like?

We don’t know exactly yet, … but Bob does. Bob is there with full knowledge, complete benefits, totally absorbing the ultimate experience! We will miss him here, but it is hard to be totally sad knowing he’s There. Praise God for Bob!

Lest you think these thoughts were formed just to eulogize Bob, his son Jason found a love-poem I wrote Bob 25 years ago on his birthday recording about 80% of these thoughts and observations. Like I said, Bob was the real deal. And he knew it.

Big Brother. It dawned on me last night that for Bob’s 64 years I have been the big brother of sorts. Ahead of him in school, driving, college, marriage, parenting and career. But on December 14, 2015, Bob became MY big brother. I find solace in that thought. And that is how I will think of him until we meet again. LFM

One thought on “Thinking About My Bro”